Today I’m celebrating the release of my new book, Jada Sly, Artist & Spy. I would love to share my story of perseverance with your kids as I discuss how I turned my lifelong dream of being an author/illustrator into reality.

Jada Sly is a book that has fun, intrigue and adventure. It also deals with complex issues of loss, grief and anxiety. It’s a great story and a fast-paced read. So bring the kids and come get the perfect book for your child’s summer reading.

In a few short weeks the culmination of 10 years work, and a life’s worth of hoping and praying will come true:

My first novel illustrated by me!

Jada Sly, Artist & Spy releases on May 14. I am so excited and amazed and a bunch of other stuff.

Jada is a 10-year old wannabe spy who returns to her birthplace—New York City—after her mom dies in an accident. Or did she? Convinced her mother is alive, Jada uses the move back to The City to prove her father is wrong and her mother Is alive. Can she succeed? Or will her mission crash and burn?

From Teaching Tolerance: Slavery Simulations: Just Don’t We’re saddened by the news of yet another classroom lesson on slavery involving a troubling simulation—but we’re not surprised. Our research has shown some common pitfalls when teaching and learning about slavery. In this edition of The Moment, we explain why mock auctions—along with simulations of the Middle […]

In the Classroom (and Anywhere for that Matter): We MUST Do Better, Fellow White People — educating alice

“One of the best movies I’ve ever seen. Not just a must-see, but a must see again.”

Spiderman : Into the Spider-Verse

If you’re into stunningly vivid artwork, jaw-dropping action, and a story that feels real and honest, Into the Spider-Verse is the movie to see.

I saw it in 4D-X or something like that. Let me tell you, ladies you’re gonna need your strongest foundation garments! It was like watching a movie on a rollercoaster. Seeing the movie in 4D is a next-level sensory experience.

The visuals in this movie were mind-bending. And as a mama of color, seeing that movie with my family and seeing the larger-than-life images of people of color reflected back on their faces, it warmed my soul. See the movie! 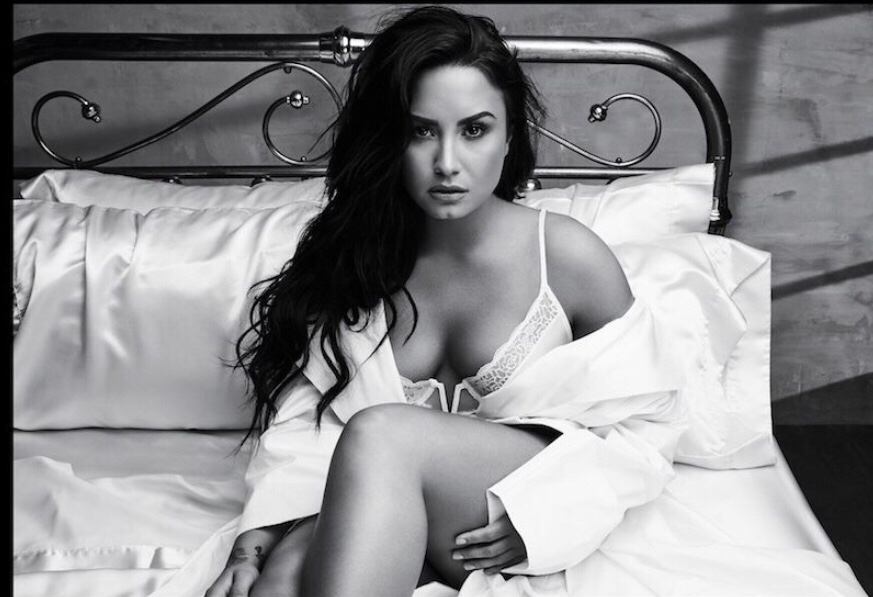 I wanted to be all poetic and throw in some amazing metaphors and similes, but, alas, ‘it sucks’ is all I’ve got.

Beautiful, soulful singer, Demi Lavato,, 25, was rushed to the hospital after a reported drug overdose Tuesday. Of course, the Twitter-sphere and other social platform are abuzz, feeding on whatever cadaverous nuggets of flesh the singer’s misfortune may have left behind.

My kids grew up on the Miley generation of the Disney Channel, which included That’s So Raven, The Cheetah Girls and the star platform for Demi, Camp Rock. 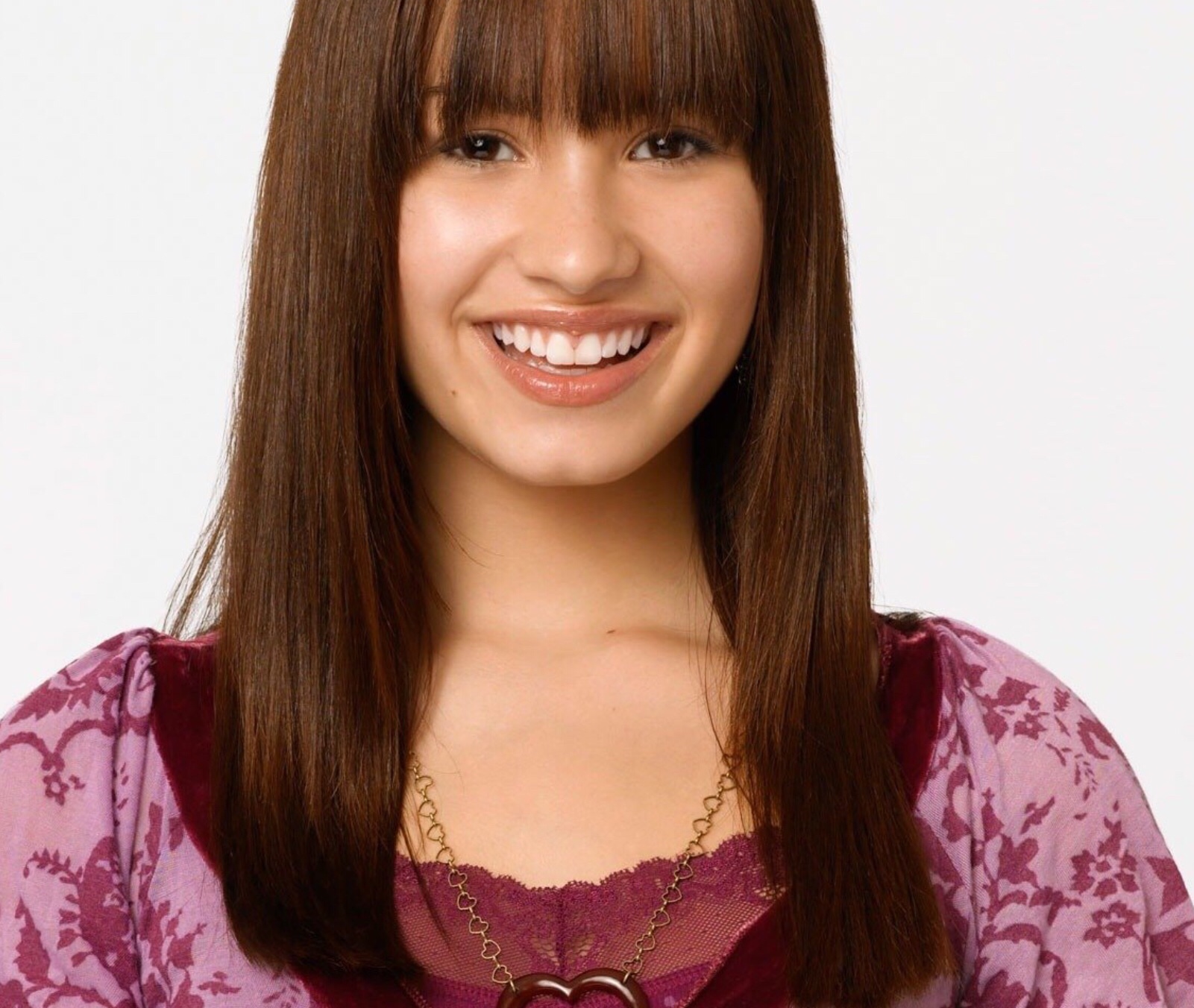 The endearing brunette had an open smile and a voice that would elevate her above the bulk of her Disney peers.

And even then, she had her demons.

I’m not sure what happened this week in Los Angeles, but it was bad. A young woman who has struggled with past demons found herself in a nightmare. I want to pray for her not because she is a pop star or famous, or because she’s wealthy and beautiful and gifted. But because despite all of those things she is human, vulnerable and hurting.

I pray that she can forgive herself and love herself enough to take the blessing that was given to her in the form of not dying during her incident. I’m rooting for you, Demi. As a human, as a mom, as a fellow being on this imperfect earth, I am rooting. For. You.

Serendipity is a beautiful thing! 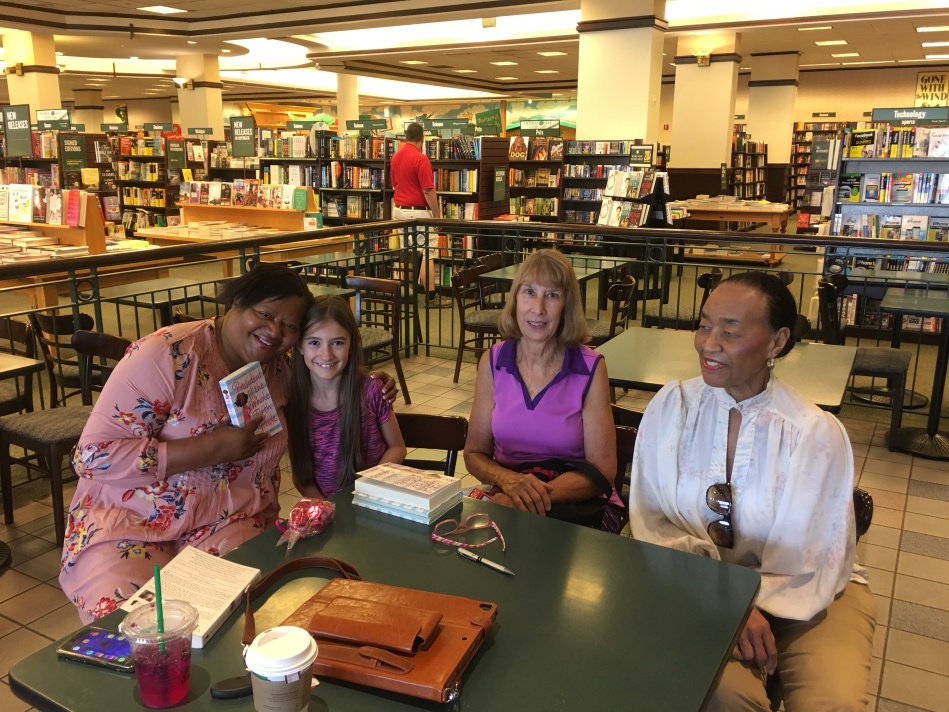 An unexpected email led to a delightful afternoon.

Hometown grandmother Nancy knew I grew up in Michigan and wondered if I’d autograph a book for her granddaughter visiting from Washington state. Then she realized I now lived in Florida. She expressed how much her daughter loved her new book, President of the Whole Sixth Grade—Girl Code.

Well, just so happened I was in Michigan for the wonderful author-illustrator experience, Nerd Camp, in Parma, Michigan. I reached out to Nancy, set a date, and it was on.

Meeting Nancy and Sarah was a true highlight to my week. Sarah, 10, was adorable and very smart. We sat around chatting like ladies who lunch.

And if that wasn’t enough of the serendipity sauce, Nancy brought along a friend—my middle school civics teacher whose habit of teaching us to read newspapers in her classroom directly led to the plot of the third book in the President series—Mrs. Western. Now, I’m sure the woman has a first name but I still feel like raising my hand when I see her so I didn’t ask.

Thanks Sarah and Nancy for renewing my understanding of why I write stories for children. Your kind words motivated me to carry on. And thank you, truly, to Mrs. Western, whose caring yet no-nonsense teaching style helped open my eyes to the world around me, inspiring me to see greater and be greater. Thank you, ladies for a wonderful day.

We are being led astray.

Since May, the United States government have detained almost 1,500 parents or guardians at the southern border and separated them from almost 2,000 children. It is disgusting.

According to a report by CNN, Department of Homeland Security spokesman Jonathan Hoffman defended the policy during a conference call to  reporters. Hoffman declared that the administration was following its new policy of charging 100 percent of the people caught crossing our borders.

Since the government is charging the parents, they claim the legal right to separate them from their children—then warehousing the babies, toddlers and teens in, according to CBS Late Show host Steve Colbert, abandoned Walmarts.

You know what, America, Adolf Hitler and the Nazi movement mesmerized Germans, convincing them that they’d gotten a raw deal with World War I. With each advancement of the Nazis, Hitler declared it a point of national pride, a way for all Germans to feel empowered after being mistreated by the entire world.

As Colbert stated in his broadcast, in honor of Father’s Day, ask yourself, “What can I do to reunite these children with their fathers?”

If you’re uncertain who your representative is, got to house.gov. We’re on our phones all the time anyway. It’s time to step away from Candy Crush, and crush something that matters. In the name of all that is honest, decent and right, we are Americans people. And we cannot let this stand. 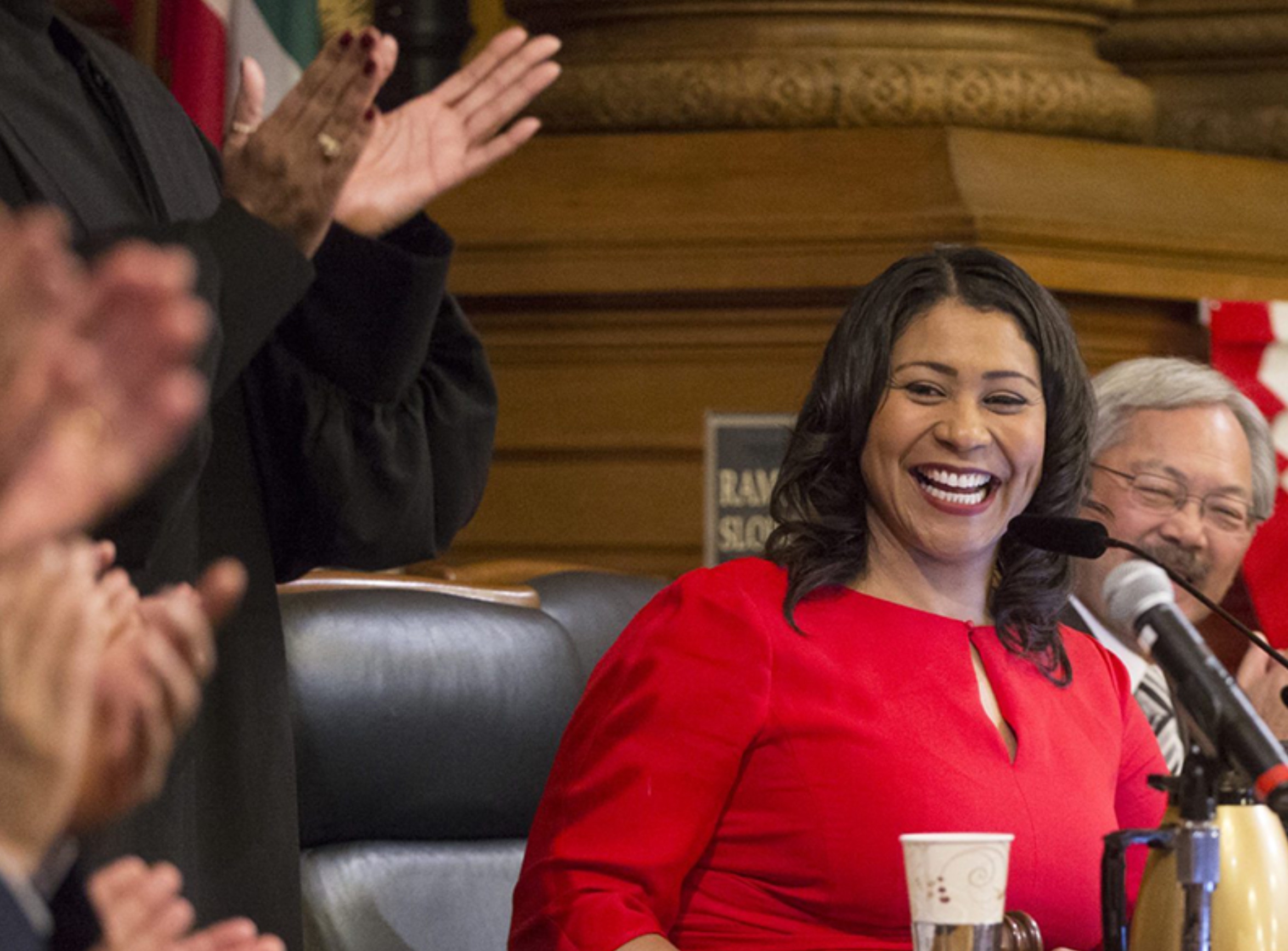 Breed, 43, is the first African American woman to hold the City’s top job. She is an enigmatic woman who grew up in one of the city’s low-income housing projects. Now she will occupy the grand office, providing hope to young women and young men across the country.

In a San Francisco Chronicle article, Breed was quoted as saying:

“I grew up in some of the most challenging of circumstances. The message that this sends to the next generation of young people growing up in this city is that no matter where you come from, no matter what you decide to do in life, you can do anything you want to do. Never let your circumstances determine your outcome in life.” 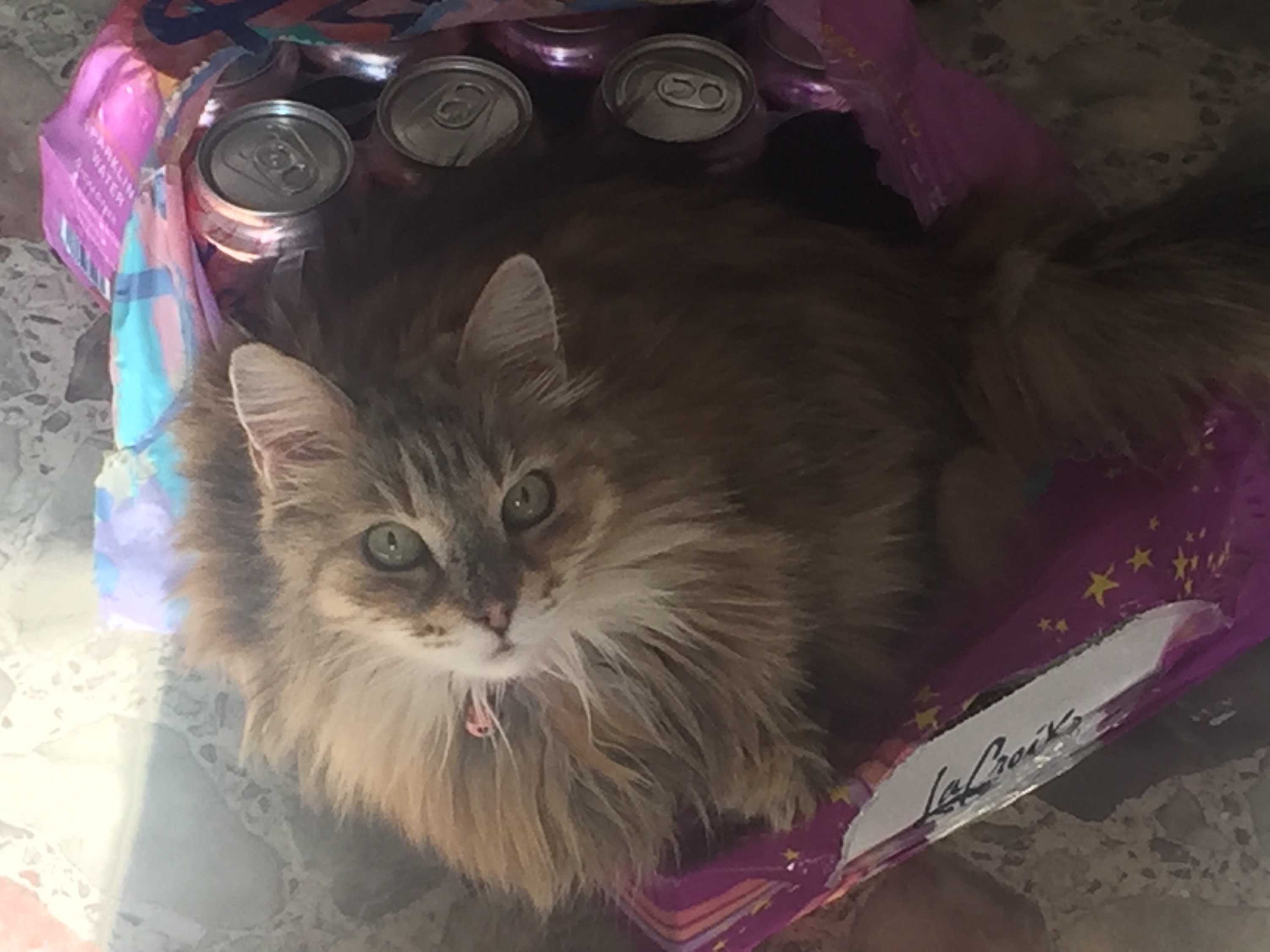 “We Royals must stick together, dahhlings.”

To all the mama’s who have read bedtime stories until they thought they’d go insane, and then teared up when your little one’s staggered through their first read aloud attempts, you are my heroes—take a bow.

My mommy put books in my hand when I was still in the crib. I haven’t stopped reading since. Please enjoy a blessed day of pampering and smiling and loving and sharing. From me and my girls, I hope you all have THE BEST DAY EVER!

Kisses to you all!

Where art and mystery stylishly collide.

Bookist: Winston has created a spunky character in Jada, a fashionable artist and independent girl who isn’t afraid to take on a few adults in the search for the truth. Hopefully Jada will be back for future missions.

*Kirkus starred review: … Winston …creates a rich and winning first-person story about a deeply introverted black girl who nearly loses her gift because of her understandable but undermining fear. 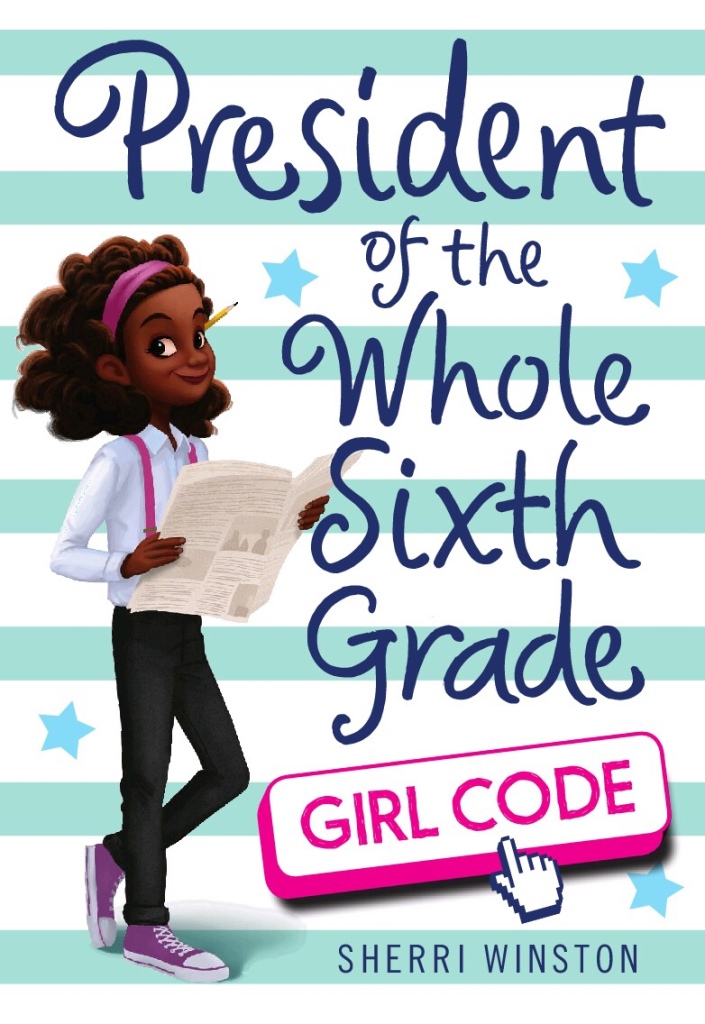 Kirkus starred review: Winston does an excellent job highlighting the complex race issues that African-American children face. …Thought-provoking and smart and a great springboard for discussions on race and class. (Fiction. 10-13)